As Emirates Stadium increases capacity at Club Level, Arsenal FC are evolving their hospitality experiences to add more choice and value for fans every match day. The first space to get upgraded as part of this process is Dial Square, a courtyard bar experience which builds on the success of our first pub concept at Club Level, The Royal Oak. Dial Square is named after the workplace of Woolwich Arsenal FC, formed in 1886. The history of the club at the Royal Arsenal armaments factory wasn’t being translated in its previous setting, so we were asked to explore the story further and create a space that reflects the Arsenal brand and its heritage.

Together, 20.20 and Arsenal FC developed a concept for Dial Square that's inspired by the munitions workshop courtyard which produced the first competitive Arsenal team. Capturing the industrial spirit of the club’s origins, the concept delivers a premium and social environment that's just as relevant on non-match days. The social courtyard offers a new experience for fans – from fresh rotisserie chicken to pizza straight from the Premier League’s first open-flame pizza oven. The space celebrates all-time Arsenal records and statistics to spark conversation between fans, friends and families.

+ In the first season food and sales revenues increased by 105% without cannibalising other spaces. "The design of this fantastic space, combined with the food and drink offering has raised the bar of in-stadium casual dining and informal hospitality both at Arsenal FC and the Premier League. We are proud to present this space to our members and have received nothing but positive praise since its opening" - Tom McCann, Head of Premium Sales. 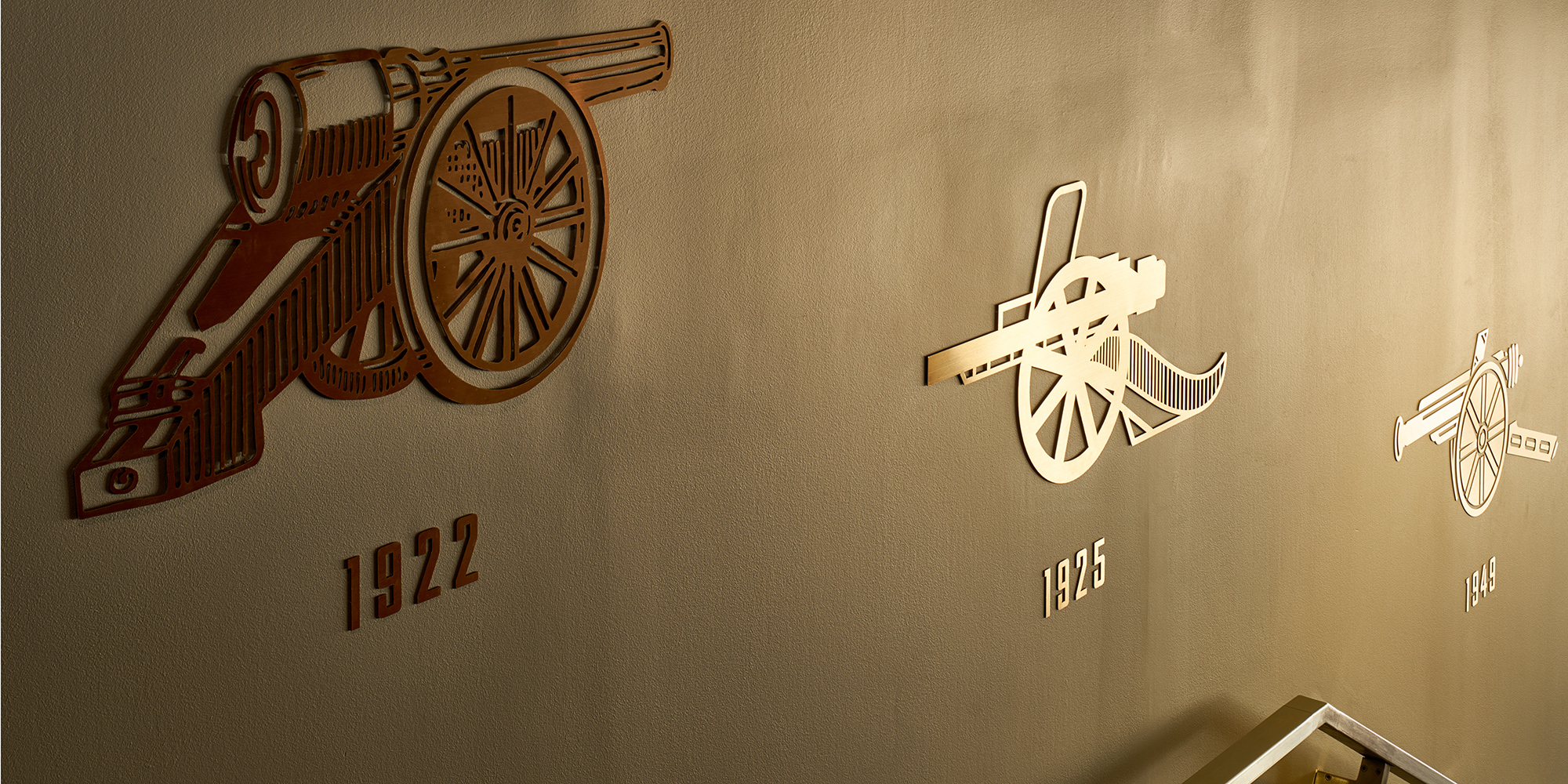 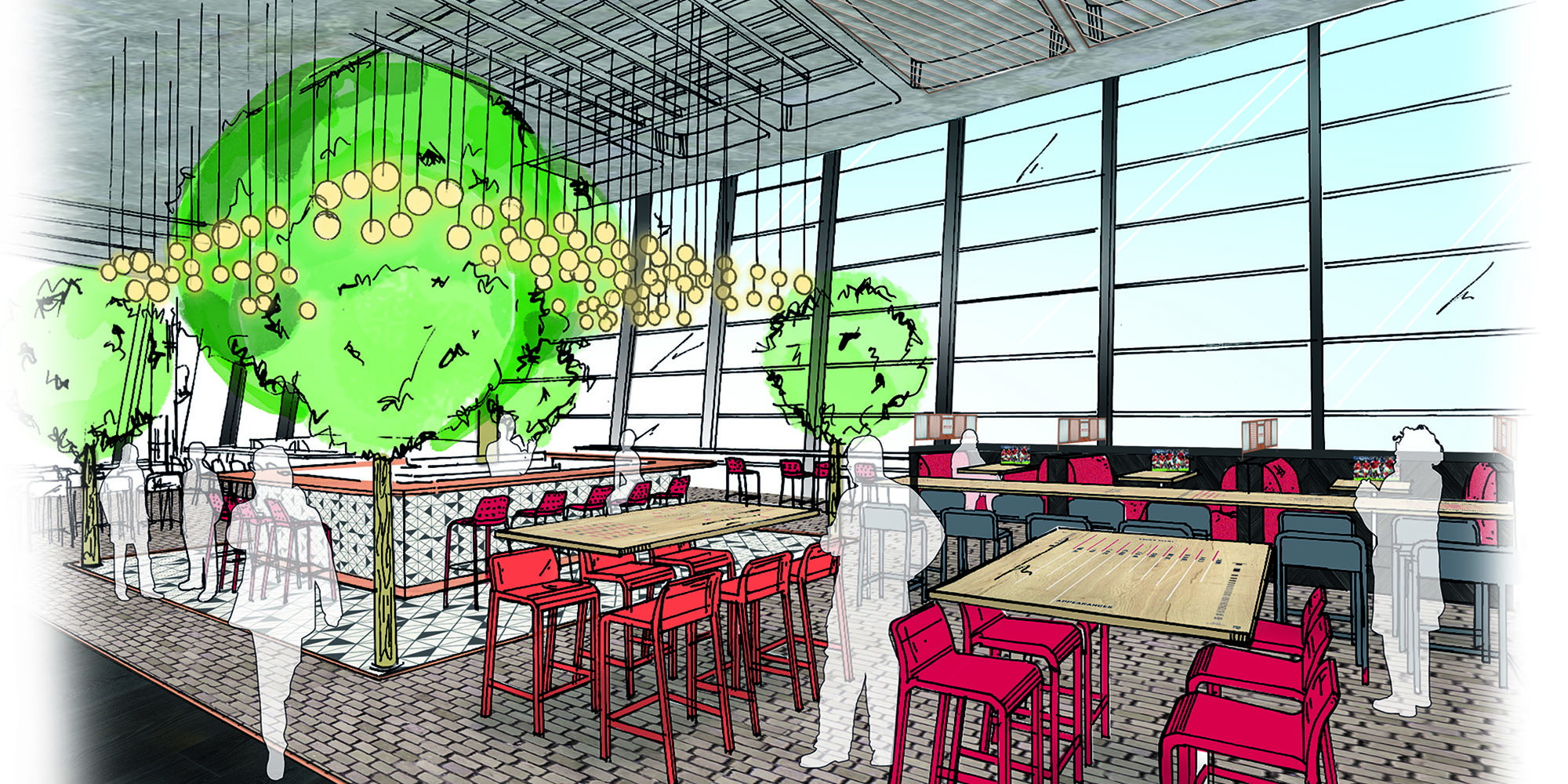 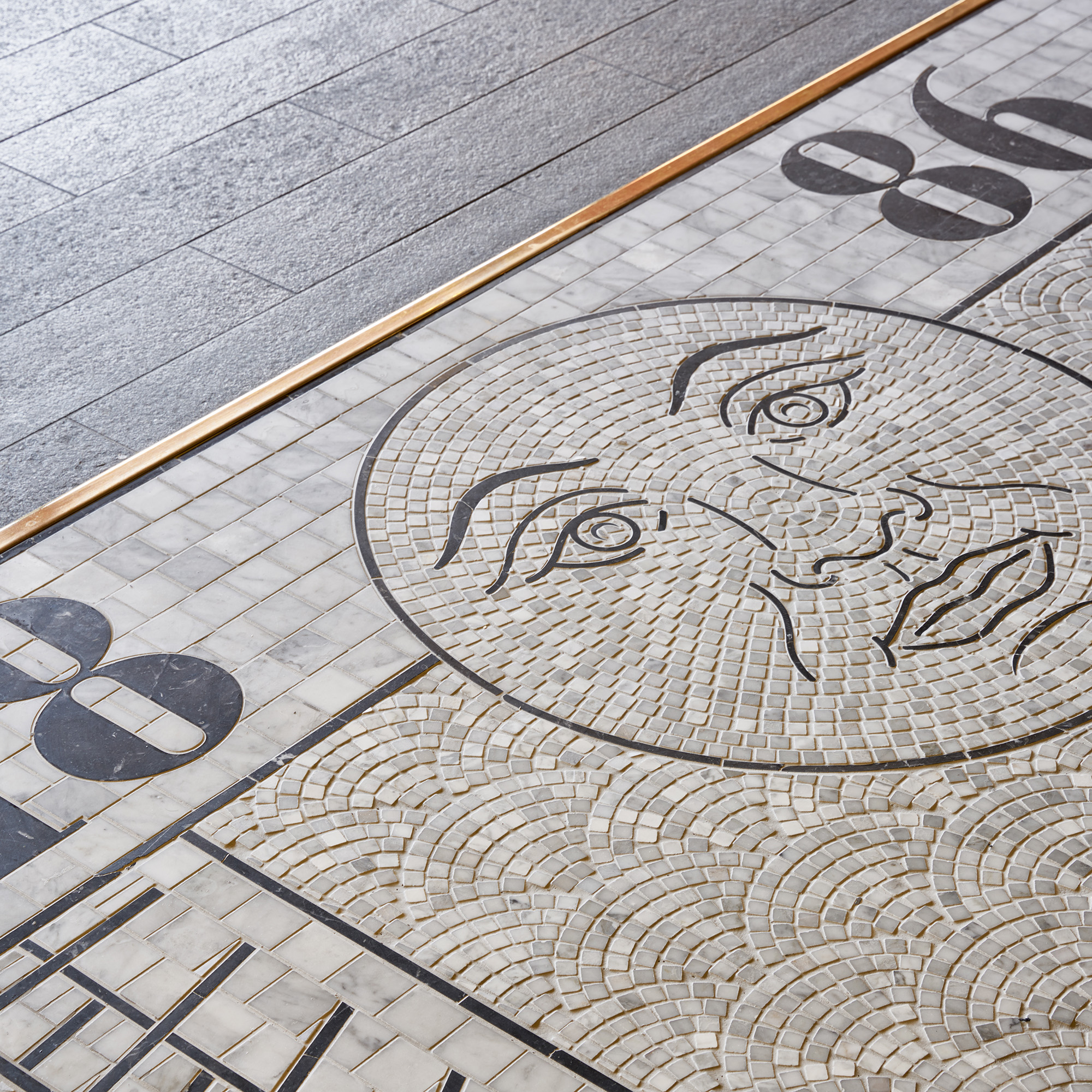 Dial Square celebrates the birthplace of the club at the Royal Arsenal in Woolwich and was named after the sundial which helped factory workers keep good time. 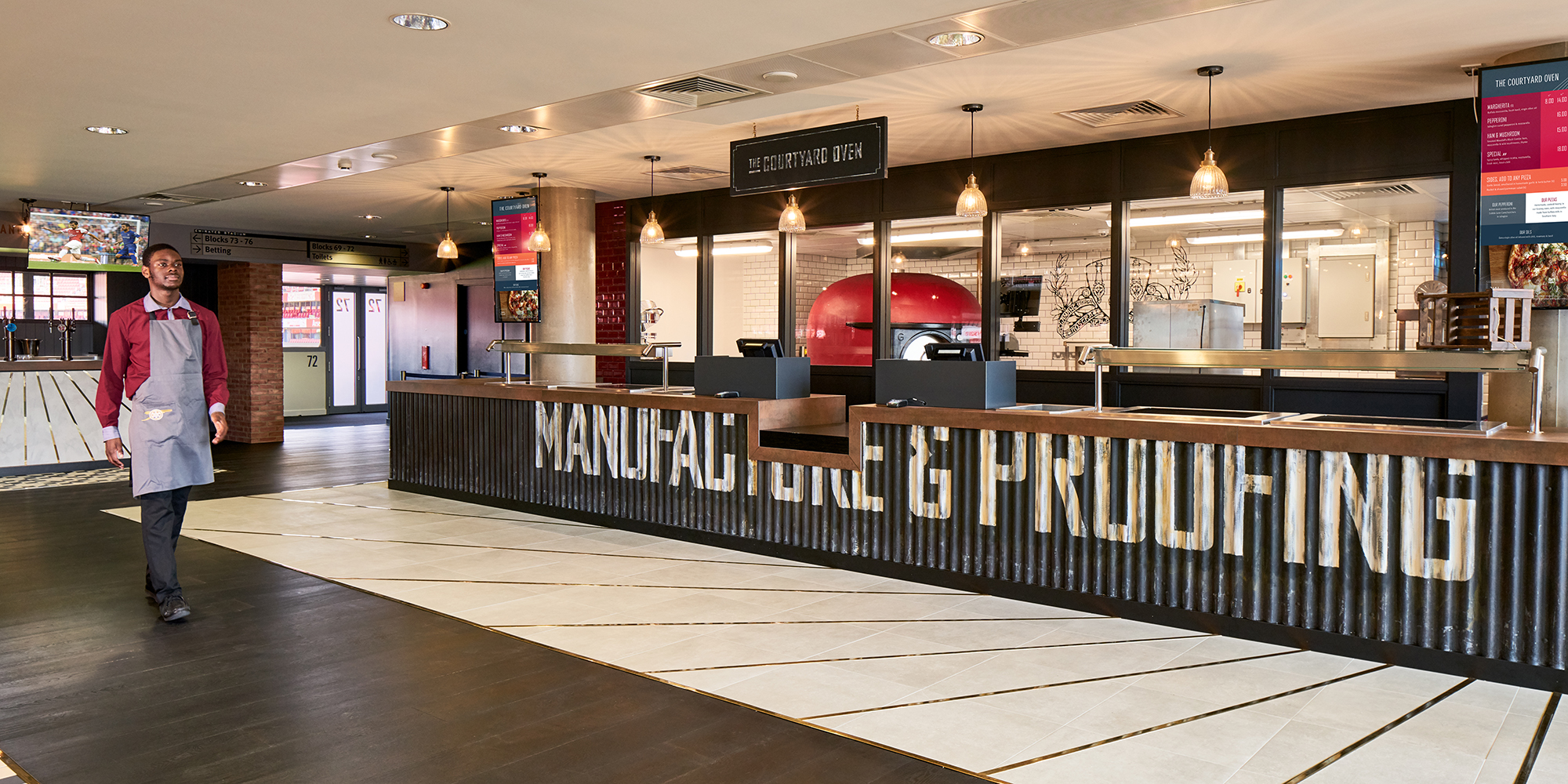 Since the renovation, food and beverage sales have increased by 46%. 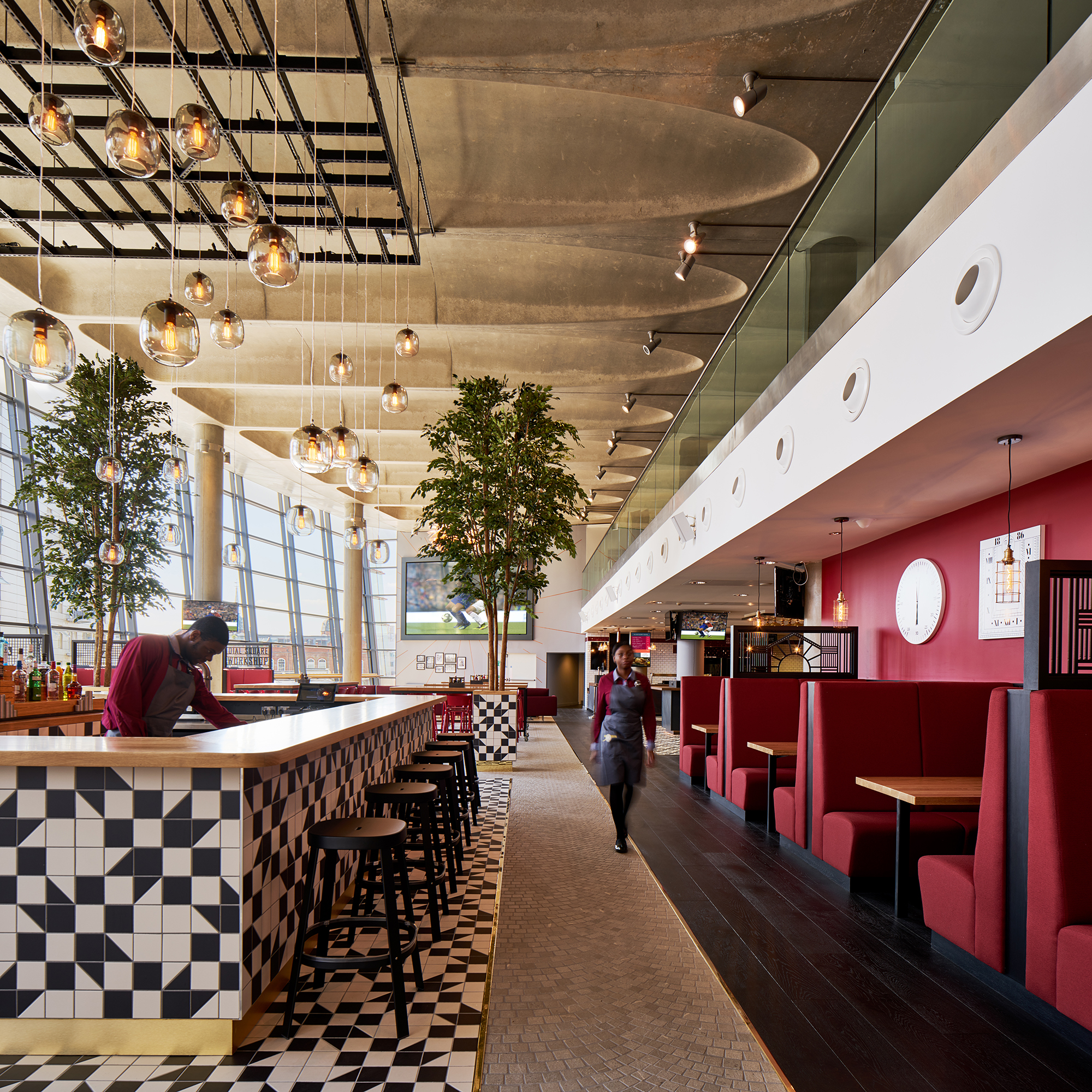