Realising a new era for an iconic venue

20.20 were engaged to help them realise a new era for this iconic venue.

As MLSE’s experiential concept designers, we created a fan experience masterplan for Scotiabank Arena, outlining the vision for the next era of the Toronto venue.

As the first phase of this masterplan, we reimagined the arena’s Flagship club-level experience and designed a flagship for Scotiabank at their new home venue. Scotia Club is 4* members-only space with laid-back premium dining and exclusive loge suites.

Storytelling details throughout the space are atmospheric and engaging, celebrating Leafs, Raptors and Scotiabank moments that set pulses racing across Toronto.

With the experience principles established, MLSE are staying close to the fans and making sure they and the team are all part of the venue’s continued evolution.

+ With the ScotiaClub, Scotiabank now has their feature flagship space at the heart of the action within the Scotiabank Arena. 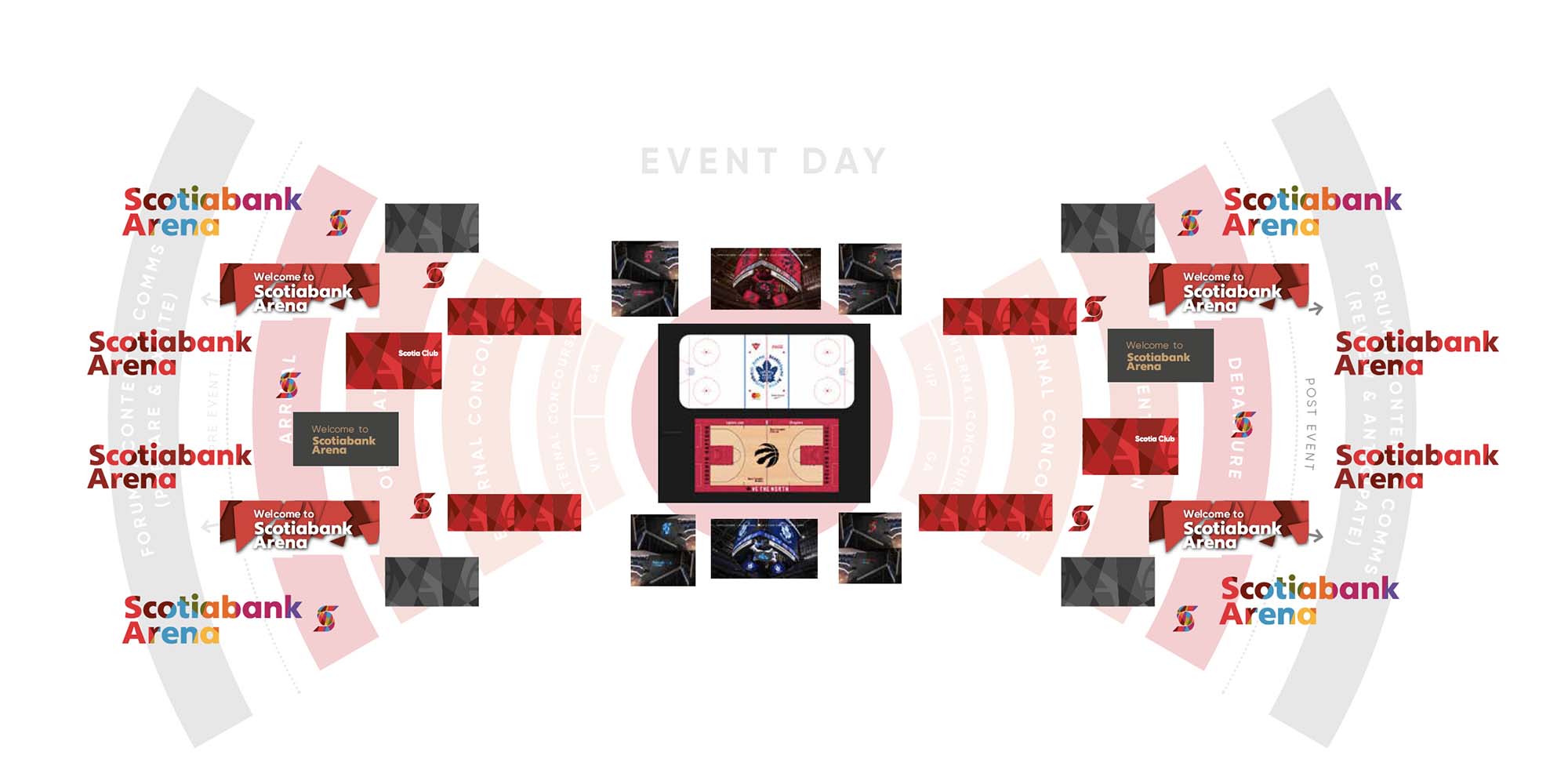 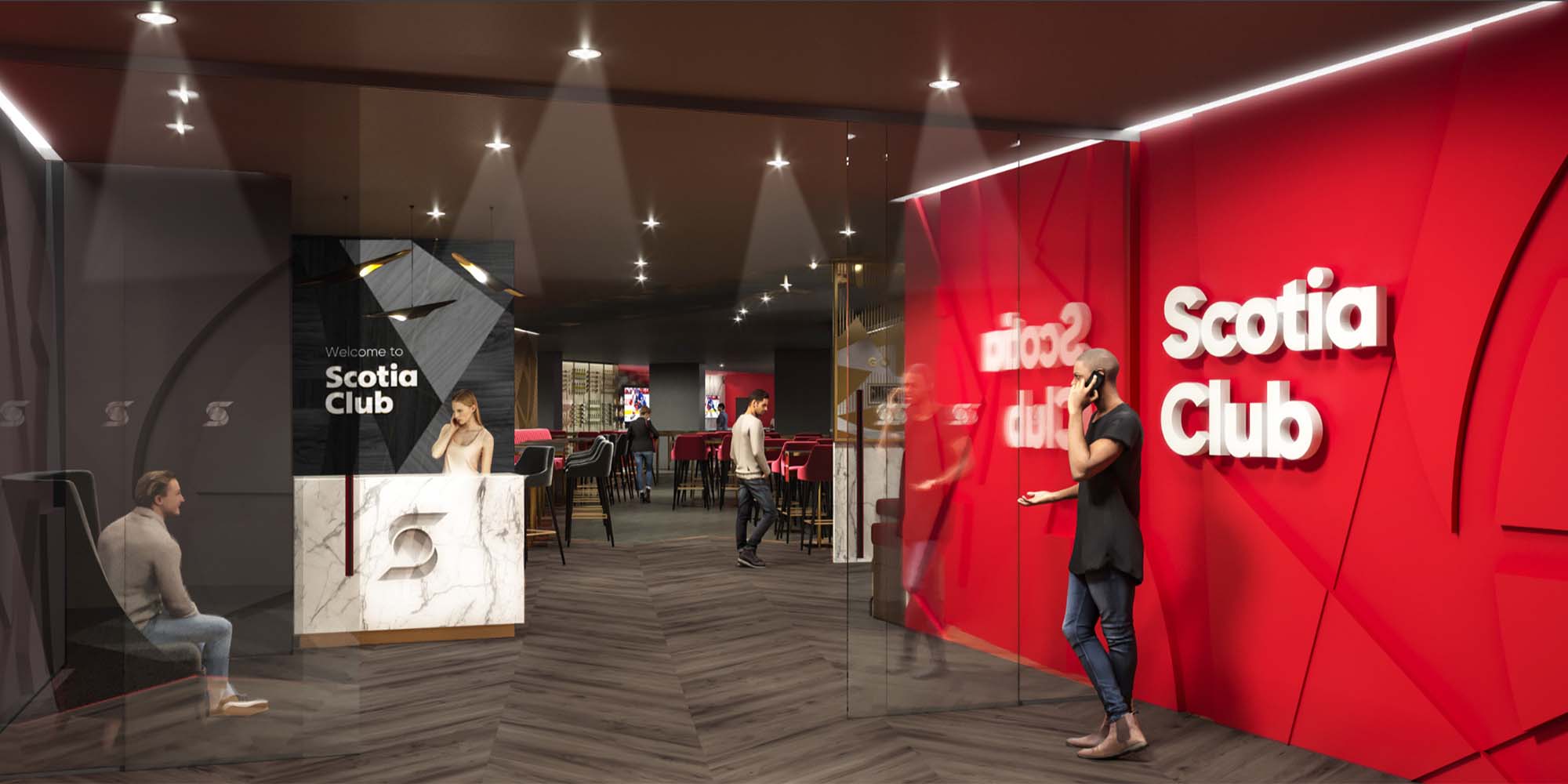 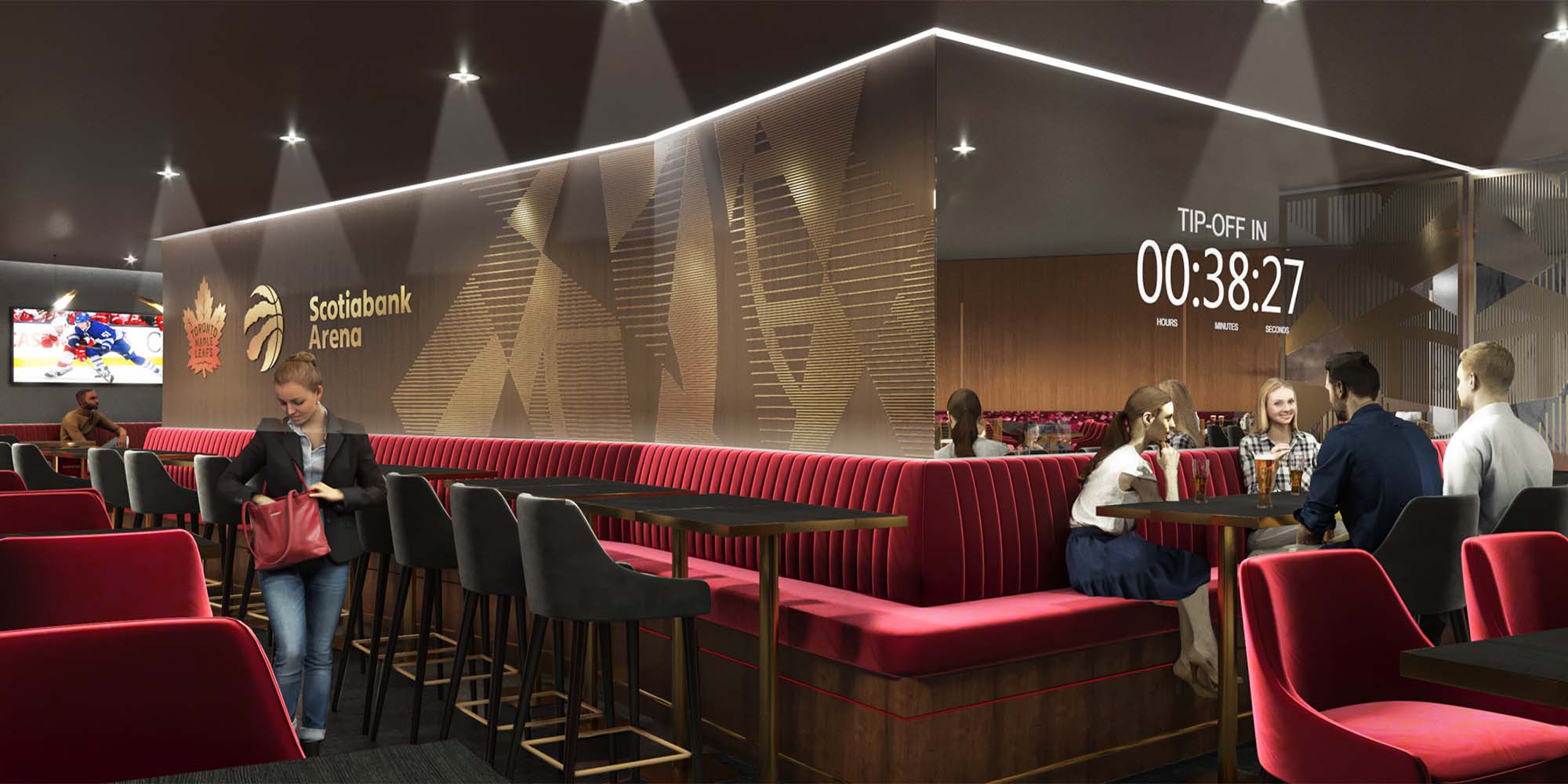 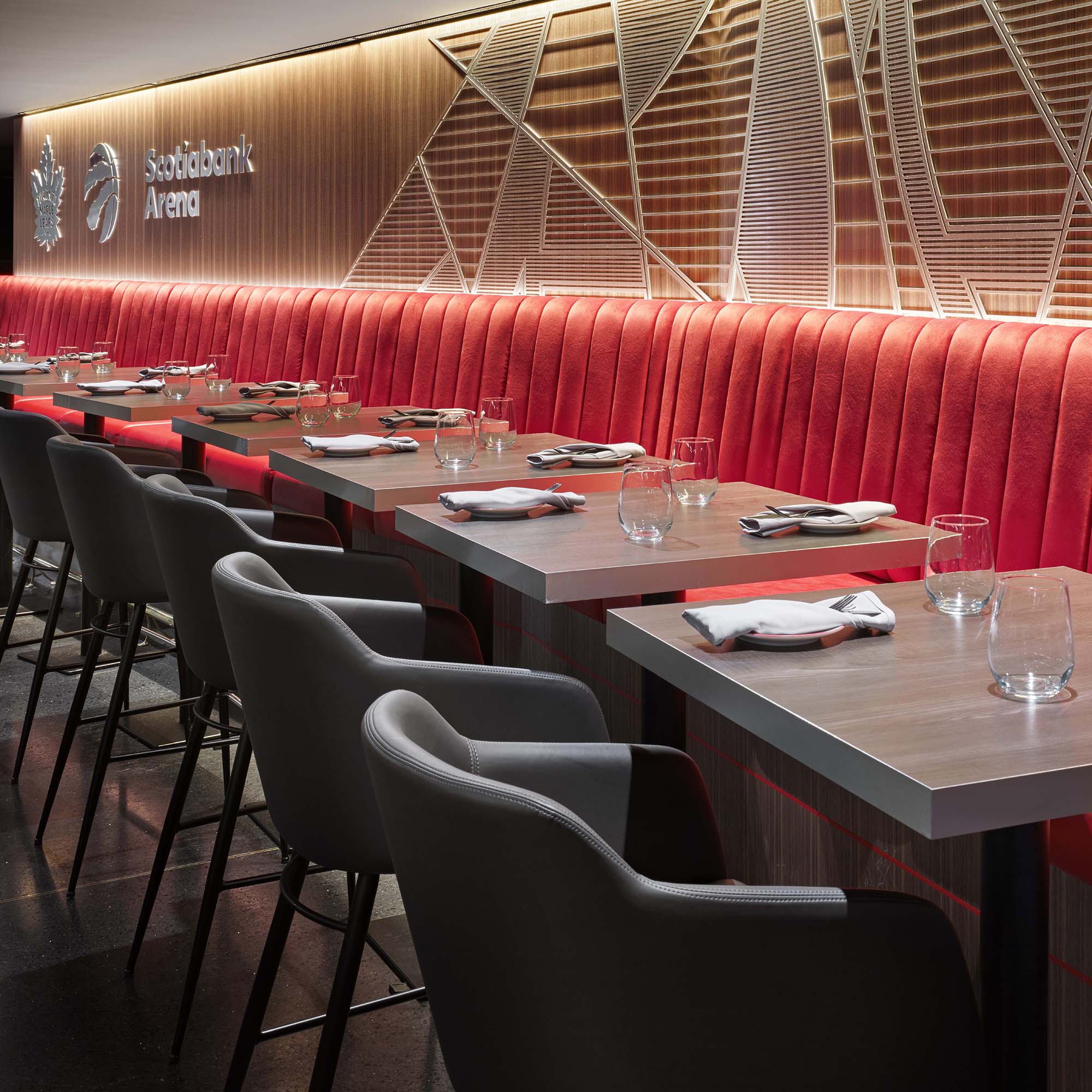 The striking identity has been beautifully crafted into the premium fabric of the new spaces, via subtle and overt references. 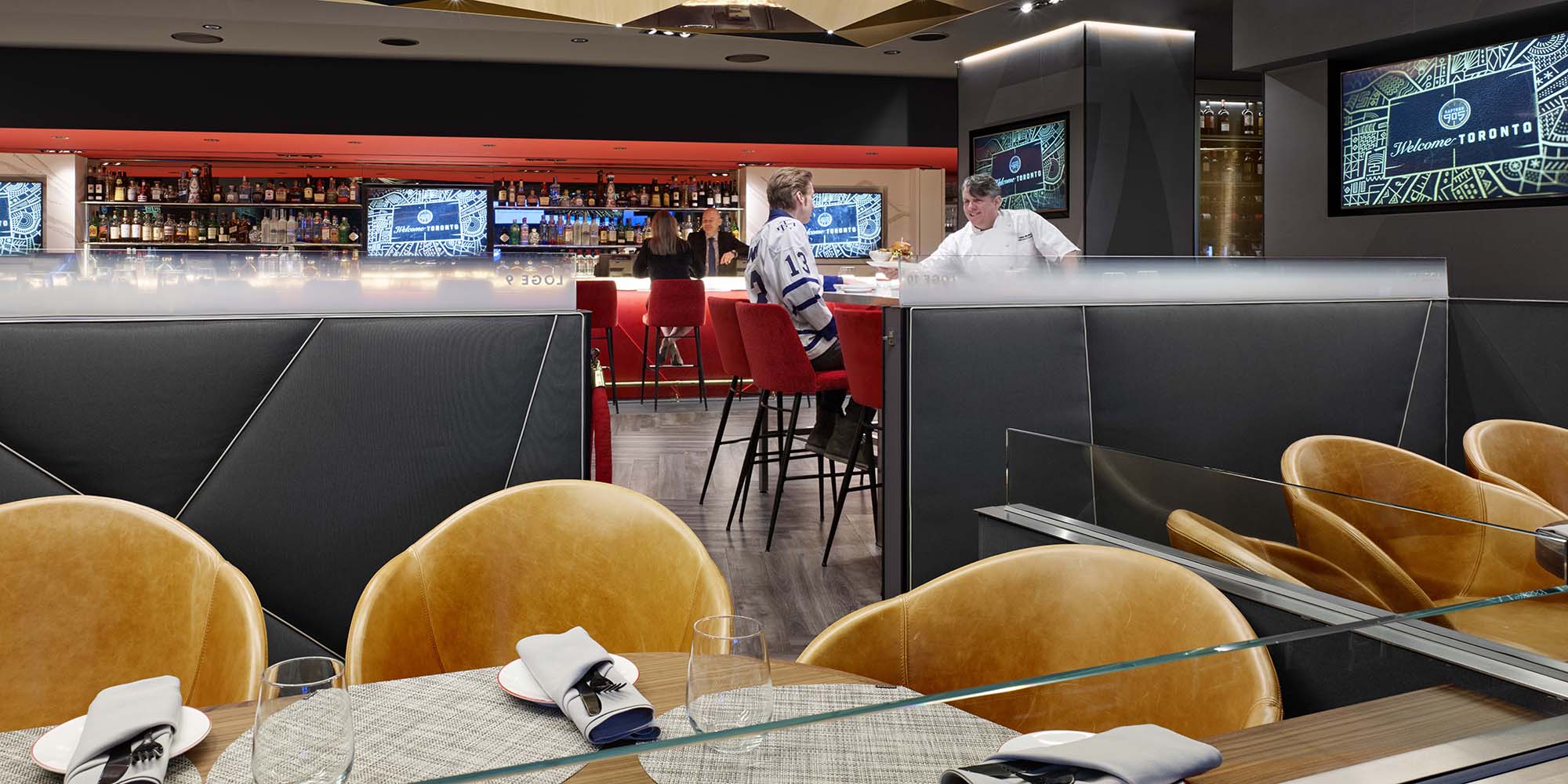 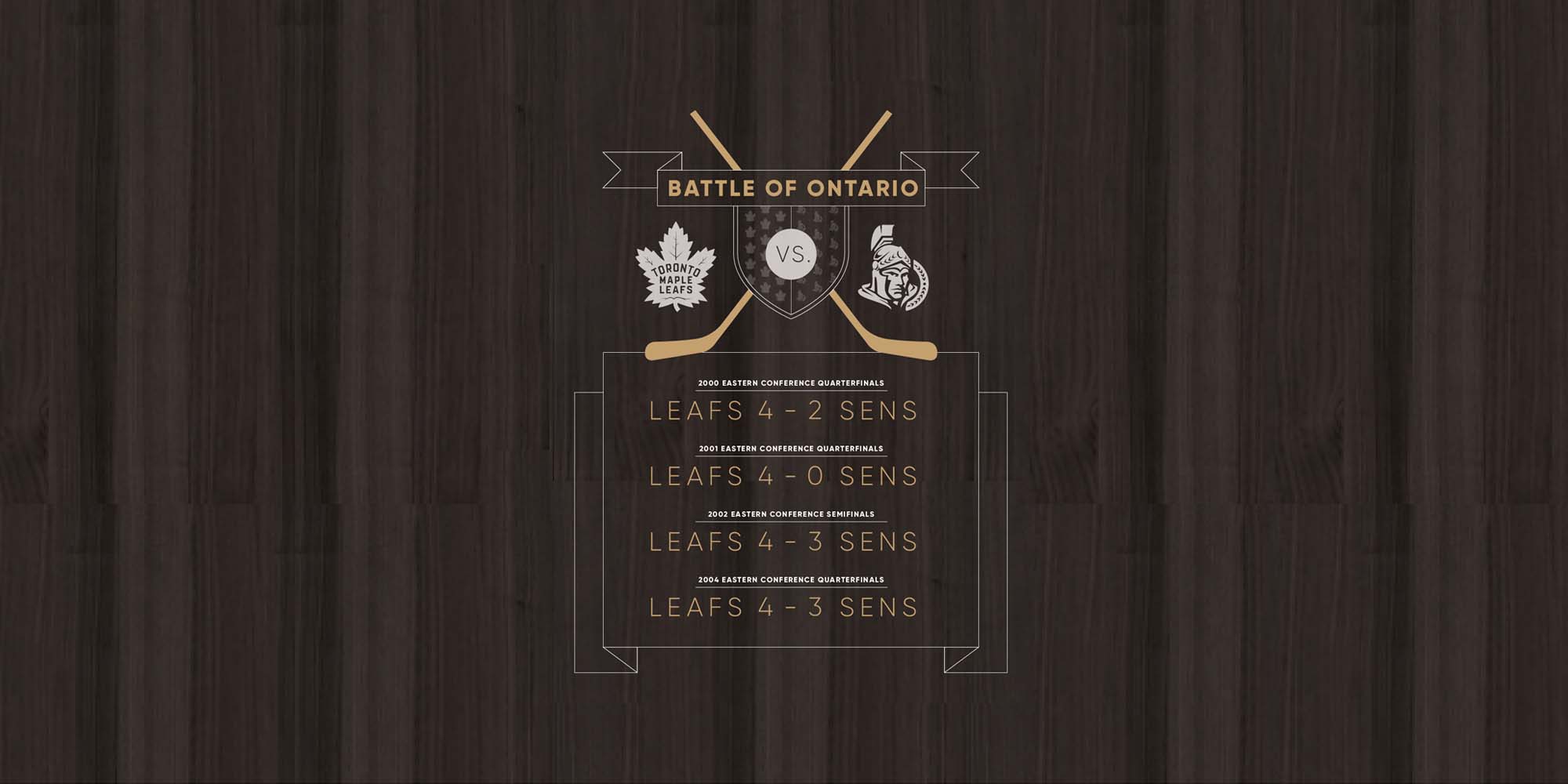 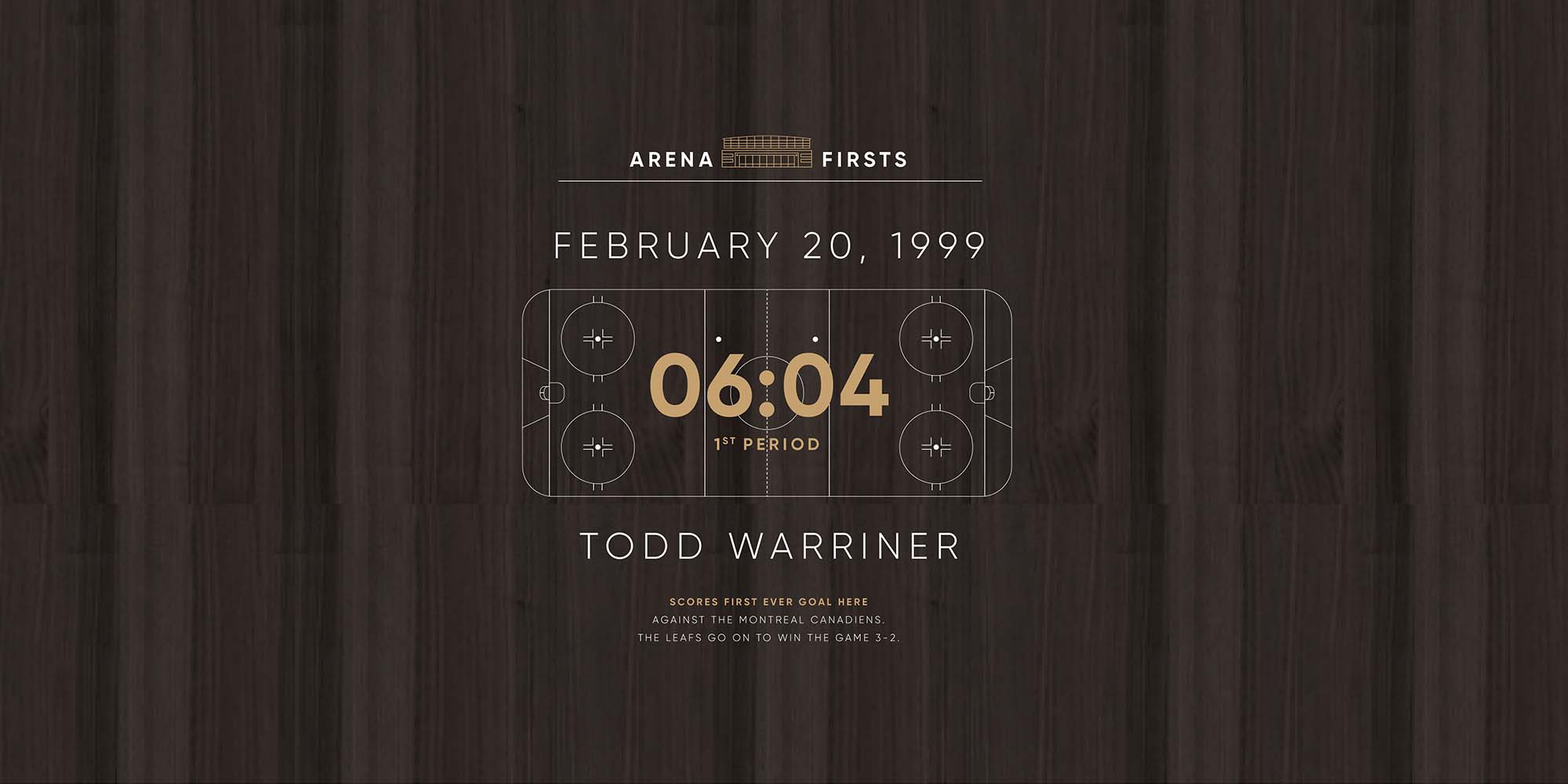 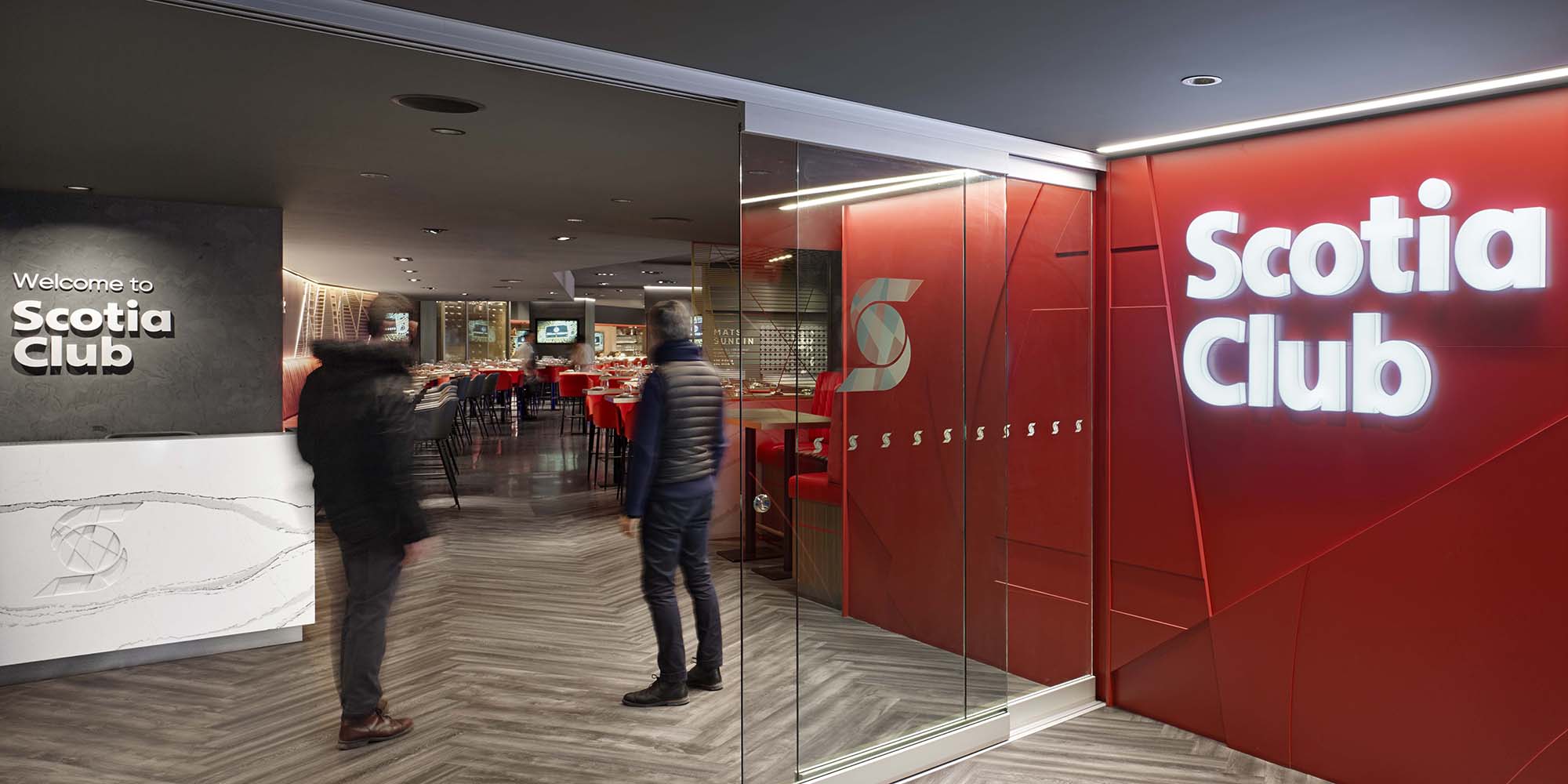 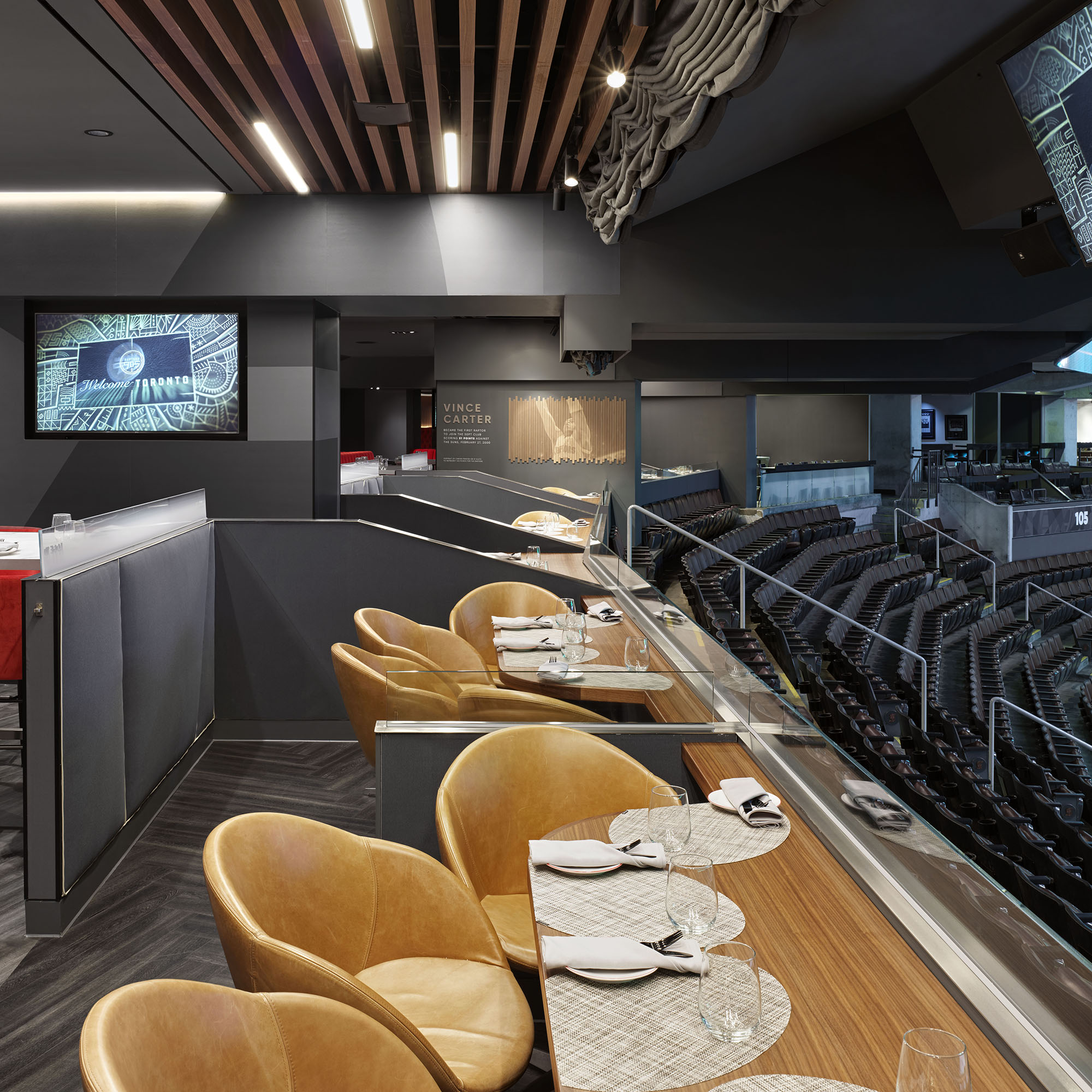